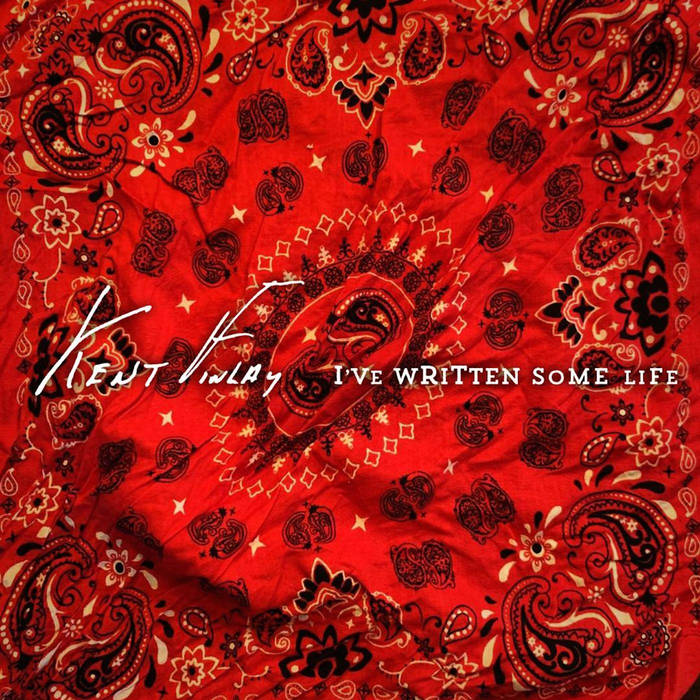 AUSTIN, Texas – News: Eight 30 Records and Aimless Records will release Kent Finlay's long, lost debut album I've Written Some Life on April 10! The legendary Texas music figure recorded the album in 1995 with Todd Snider and his Nervous Wrecks (led by guitar ace Will Kimbrough) at singer-songwriter Keith Sykes' Mustard Seed studio in Memphis, Tennessee. “We're so excited to team up with Todd's Aimless Records to finally release Dad's masterpiece,” says Kent's daughter and Eight 30 Records co-owner Jenni Finlay. “Dad's dying wish was to put this record out. He would be so proud to know it's finally being released. Working with our dear old friend Todd makes this all the sweeter.”

The Lone Star state's finest lyrical editor delivers narratives with an artist's eye (“I've Written Some Life”) and a novelist's elegance (“Fat Lou the Tattoo Man”). “Kent never said that he was in the league of the people he taught, but we knew he was,” Snider says in the album liner notes. “I knew all his songs by heart, each story and statement and every chord and chorus. I wouldn't claim to know as much about writing songs as the person who taught me, but in my opinion these songs rank with Guy and Townes, Prine and Kristofferson, Billy Joe Shaver and Shel Silverstein, anyone else we call poet.”

During his life, Finlay made no bones. His beloved Cheatham Street Warehouse existed under his leadership for creation. Songs began on Cheatham’s stage. They grew. Breathed. Lived. Earned more miles. Finally, they matured into shape. Finlay's songwriters night, an open mike for original songs he hosted for nearly every Wednesday night at the venue for more than forty years, nurtured singular songwriters and storytellers with stunning frequency during his lifetime. The Class of '87 particularly stood out with singular songwriters Todd Snider, James McMurtry, Terri Hendrix, Bruce Robison, Hal Ketchum, john Arthur martinez and sometimes Tish Hinojosa gathering to perform their new songs.

“Cheatham Street would let me play my songs,” McMurtry says today. “That took balls back then.” By that year, Finlay was already well seasoned at giving breaks. After all, he'd already helped launch legendary blues man Stevie Ray Vaughan, incendiary punk rockers The Skunks and several dozen other familiar names including country music icon George Strait, who played his first show with the Ace in the Hole Band at Cheatham Street on October 13, 1975. In fact, Finlay effectively changed country music history the day he drove the King of Broken Hearts to Nashville to cut his first demos.

Finlay's own time in the spotlight arrives on April 10! “Kent Finlay is a huge influence on Todd Snider and Kent became an important figure for me as well,” says Nervous Wrecks guitarist Will Kimbrough. “Kent’s songs and stories are foremost in importance, but as I got to know him, his kindness, smiling eyes and the way he ran Cheatham Street Warehouse left a big positive impression that will be with me forever. Kent Finlay led by kind, wise example.” “Sometimes we wondered why Kent had never made an album, but as you got to know him it was easy to see that he embodied something different than that,” Snider says. “He was different than that.” Yet releasing this album was his ultimate dream, which will now be realized with his original songs finally released into the world.