The River Flows - The River Choir

from Floater: A Tribute to the Tributes of Gary Floater by Various Artists 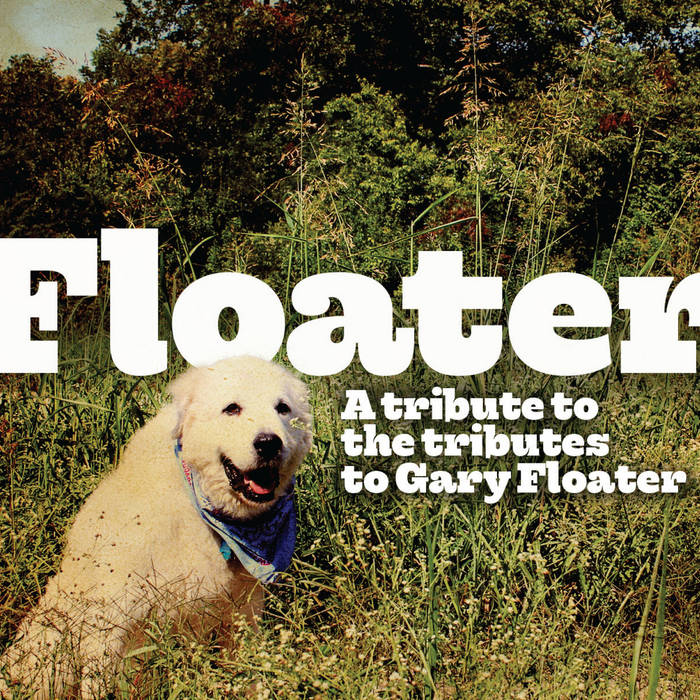 FLOATER: A TRIBUTE TO THE TRIBUTES TO GARY FLOATER
RELEASING IN MAY 2018 ON AUSTIN-BASED EIGHT 30 RECORDS

AUSTIN, TX – News: Eight 30 Records will release the eighteen-song Floater: A Tribute to the Tributes to Gary Floater on May 4! “We're so excited about our new tribute album honoring the great Gary Floater,” says Eight 30 Records' Jenni Finlay, who produced the album with label co-owner Brian T. Atkinson. “There's truly never been anyone like him.” Indeed, Floater tunes are simply singular. Consider a few titles alone: “Whatever Man,” “Thanks Me,” “Let Me Kiss You Where It Hurts,” “A Hero Never Learns,” “Grandpa's Promise,” “Pull Over I Wanna Eat That” and “Sunburn Lake.”

Floater: A Tribute to the Tributes to Gary Floater offers a veritable who's who of singer-songwriters with their takes on Floater's solid gold country classics. A short list – The Band of Heathens (“The Dirty South”), James McMurtry (“Grandpa's Promise”), Jason Eady (“Stand Back Boys I'm Fixing to Care”), Rod Picott (“That's What I'm Gonna Do”) – gives a glimpse. Floater himself will embark on his 40-city “Drink a Forty for the Fortieth” tour later this year celebrating the 40th anniversary of his unforgettable 1978 landmark album Denim on Denim, which features several songs on the new tribute.

SIDE ONE
Walt Wilkins • “Whatever Man”
The Band of Heathens • “The Dirty South”
Jamie Lin Wilson feat. Courtney Patton • “That's When the Eagle Screams”
Matt Harlan • “Let Me Kiss You Where It Hurts”
Jason Eady • “Stand Back Boys I'm Fixing to Care”
Matt the Electrician feat. Little Brave and Seela • “A Hero Never Learns”
Brennen Leigh • “Pull Over I Wanna Eat That”
Rod Picott • “That's What I'm Gonna Do”
Danny Barnes • “Dust Off the Dulcimer (One More Time)”

SIDE TWO
Noel McKay • “Let's Get This Over With”
Kelley Mickwee • “Sunburn Lake”
Chris Fullerton • “Holding On So Tight”
James McMurtry • “Grandpa's Promise”
The Band of Apostles feat. Jason Eady and Gordy Quist • “Sad Mall”
Bonnie Whitmore • “Hello Diabetes”
BettySoo • “Y'all Watch This”
Guy Forsyth • “Thanks Me”
The River Choir • “The River Flows”

from Floater: A Tribute to the Tributes of Gary Floater, released May 15, 2018